First the invention of feature phone already came in as a boon to humans and now the upgradation of this same feature phone to smartphone is another bonanza to mankind. Modern man today just cannot imagine himself without a smartphone.

In fact smartphones are just not a necessity but have become a part of the body without which one may consider himself to be a handicap or disabled person.

Many gadgets which were in use in early times and have since then become obsolete have been revived and injected into today’s smartphones. To name a few are cassette players, telex and fax machines, film roll cameras et al.

Smart itself means clever and when attached to the word phone goes on to define that it is gadget that is so clever that it thinks for you and you will not have to break your head in doing something that might just drain you.

Just a few years back many people used to have a watch on their wrist to know the time. These watches would show the time of only one city but now with the advent of smartphones, not only the wrist watch has become obsolete but these phones also show the time of many cities simultaneously.

Not many of you may be informed about this very old way of transmitting messages. Today all these machines have been replaced by mobile phones because the messages that were relayed by telex have changed into SMSes that we send by mobile phones.

On the exit of the telex machine, the fax machine made an impacting entry. The use of these machines was to send photo copies of documents. Now the same is being done through smartphones with the help of apps such as Whatsapp. And so now these machines are almost near to extinction. 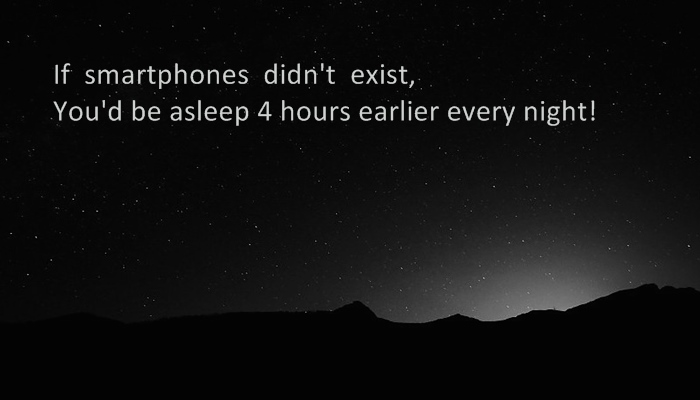 There was a time not long ago when there were many different types of players to listen to music, songs or speeches. These were cassette players, iPods, CD players, Sony Walkmans and the likes. These were usually large in size and definitely they were not at all smaller than what todays smartphones are.

You may call it a Dictaphone or a voice recorder. The functioning of these gadgets are the same but thanks to technology, these so called have been integrated in the modern smartphone which work with just a touch of your finger.

Nobody listens to radio in this age but the smartphone makers have not deprived the masses of this. They have made it a point to include this in their produce. For this they have emphasized much on the FM channel than any other wave.

The cameras used by the past generation came with a lot of hard work as well as running cost. To describe it in short, one had to buy a camera with a good lens and then buy photographic films which indeed proved expensive. After the photo was clicked successfully one had to go through the pains of developing the same in a proper environment.

A small mistake committed by the user made the whole effort in vain. So today the advent of digital technology in photography has rid the world of films, the dark room and the reagents used to develop the photo from the negative.

Furthermore today the photos that are clicked can be viewed instantly. By including the camera in the smartphone, not only the common people but even the professionals are benefited. This has eradicated the trouble loading of films and also focusing in the scene to get a clear shoot.

#8 VCR and the DVD Player

The big cassette of a VCR is long gone with the birth of the DVD player. Though these VCRs exist today also but only on Google! The DVD player came with a small disc which on a slight carelessness of the user made the recorded material corrupt and non playable.

In this neo age: the PC has not only become a necessity but need of the hour which just cannot be lived without. Today these PCs and laptops have been replaced by the intelligent and portable smartphone.

The work done by these phones may not be equivalent with the PCs but to a certain degree they suffice. Since these gadgets are handy and also very easy to carry they have substituted the bulk and the size that came along with these huge machines.

There was a hot argument going on recently between Apple supporters and haters after Apple touted the iPad Pro as a computer.

Imagine the world today without playing games in ones free time. But one could not ever imagine playing gaming while on the move. The smartphones has made this possible today and brought in all the regular as well as the favorite games into this comparatively small handset. Most amateur gamers do not need game consoles as smartphone fulfills their gaming needs to quite a good extent.

This should have been mentioned at the very beginning because the mobile phones were indeed invented mainly for the purpose of voice communication, but we have mentioned it last because that is exactly what it is used for at present.

Of all the things in this world, the smartphone today is used the least for voice communication. People who have lived the past era very well remember the time when they had to use the rotary dial phone and after that the push button ones and finally the graduation to the now simple to handle smartphone.

These smartphones have not only got us rid of the bulk but also the frustration that came along while using them.

There are indeed other gadgets also that are provided in these smartphones which do not require mentioning because the list could just go on and on without a near end.  To mention a few you do not see calculators, digital diaries, magnetic compasses, flashlights, alarm clocks, etc selling much now just because of the smartphone. You can also go through our article that explains how smartphones are manufactured.

Read How many gadgets do you think your smartphone replaces?

To sum it up in short, if we did not have smartphones then we would have had to haul all the required gadgets in a bag all along from home and office to and fro. In short, the smartphone today has made life somewhat easier by compacting all these different gadgets into one small easy to carry and simple to use unit.

Whether you need it or not or you use it or not, these have been provided in these handsets and when need arises you just have to swipe your finger to become a user. But at the same time, you should also know how to avoid wasting too much time on your smartphone.

We would love to read your views and experiences. Do let us know your opinion in the comments below.